Where do Trump and Clinton Stand on Medicare? 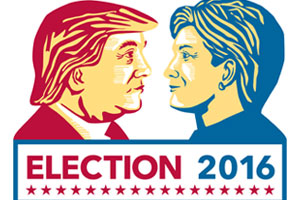 Today is the big day- Election day 2016!  Voters are showing up to the polls in record numbers for one of the most controversial elections in our history.  We've heard a lot of talk over the past several months about how Donald Trump and Hillary Clinton feel about ACA, otherwise known as "Obamacare", but what are their views on Medicare?  Here's what we know.

While Trump advised in the primaries he would leave Medicare as it is, it's expected that congressional Republicans would pressure him to switch Medicare to a premium-support model.  The GOP suggests privatizing the Medicare Advantage program by having companies issue competitive bids as an alternative to the price fixes set forth by the CMS.  Another possible adjustment would be for the government to pay fixed per-capita contributions to beneficiaries, giving them the option to use those payments to get care either by a private plan or original Medicare.

Hillary Clinton has proposed that she would allow those who are age 55 and older to buy in to Medicare voluntarily.  She is also expected to continue supporting CMS's current shift to value-based payment models such as accountable care and bundled payments.

The House of Representatives and the Senate will also play major roles in whether or not the new President of the United States plans for Medicare will be achieved, but later on this evening we should know more about what direction we can expect to be pointed.