If you've been keeping up with the news over the past couple of months, you are sure to have heard the outrage over EpiPen price increase 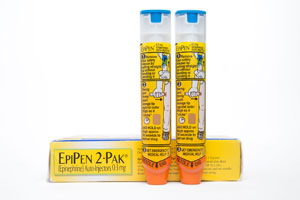 s.  Medicare is no stranger to the financial blow dealt by the rise in costs- the Kaiser Family Foundation just released study results showing Medicare spending has increased over 1,000% on the life-saving drug between the years of 2007  and 2014.  The study also reveals that the price, at $344 in 2014, increased by five times up from $71 in 2007, and that EpiPen users also grew 164% throughout that time period.  The financial figures from this study do not include rebates provided by Mylan, the company that manufactures EpiPens.

Mylan's CEO Heather Bresch will face a series of questions in a congressional hearing today, Wednesday, September 21st, 2016 at around 2:00 p.m.  Bresch will be expected to provide answers regarding the cause of the EpiPen's 500% price increase, how Mylan executives compensation is tied to their earnings-per-share, and to what degree the role of her mother, Gayle Manchin (former president of the National Association of State Boards of Education), influenced getting EpiPens into school systems.