Stock Prices, Along with Hopes of Cigna, Humana, and Aetna Drop Along with Medicare Star Ratings 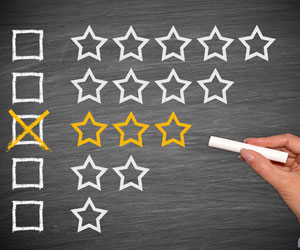 Stock prices- along with the hopes of Cigna, Humana, and Aetna- fell on Wednesday, October 12th after the CMS released their star ratings for 2017.  While most Medicare Advantage plans received higher ratings than previous years, the average star rating was slightly reduced.

Aetna, despite their four percent overall increase in star ratings, suffered a stock price drop due to Humana's significant plan star rating reduction.  Humana's stock price dropped 5% itself as only 37% of their plans are now receiving at least four stars.  Aetna is currently attempting to acquire Humana, and is also facing other challenges from the U.S. Justice Department.

Cigna, who currently remains under sanctions with the CMS, suffered a 2.4% share decrease with only 20% of their plans receiving at least four stars.  Cigna released a statement within an SEC filing that they did not "believe that these star ratings reflect the quality offerings Cigna HealthSpring provides to beneficiaries".  Anthem is currently attempting to acquire Cigna while facing troubles with an antitrust challenge with both companies accusing one another of breaching the terms of their agreement.