Part B Premiums and Deductibles Likely to Rise in 2016 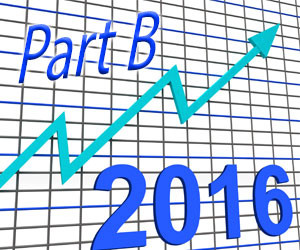 Medicare Part B may be heading for some big changes in 2016. According to the 2015 Medicare Trustees Report released at the end of July, both Part B premiums and deductibles are expected to increase by 52% which would leave some seniors with a considerable out-of-pocket cost increase.

The Part B deductible is projected to rise from $147 to $223 with the premium going from $104.90 to $159.30.  Social security recipients can be held harmless to the increase in costs, which will account for about 70% of Medicare beneficiaries.  Those not held harmless will be people who are new to Medicare and those with incomes filed on their tax returns $85,000 individually or $170,000 jointly.

Consequently, you may see Medicare supplement carriers raise their rates to compensate for these changes.  The increases are not finalized to date, but will be confirmed closer to the end of 2015.