After much deliberation about what to expect for Medicare rates in 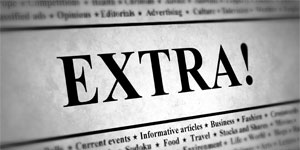 2016, the President signed the bipartisan budget into law and the new Medicare rates effective 2016 are now released.

Social security recipients can be held harmless to the increase in costs, which will account for about 70% of Medicare beneficiaries.  Those not held harmless will be people who are new to Medicare and those with incomes filed on their tax returns $85,000 individually or $170,000 jointly.

Medicare Part A will have a $1,288 in-patient deductible and $161 skilled nursing co-payment.