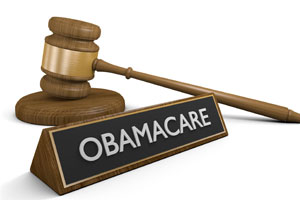 On May 12th, 2016, U.S. District Court Judge Rosemary Collyer ruled that the Obama administration's cost-sharing payments were made unconstitutionally.  Payments made towards copayments, coinsurance, and deductibles for ACA members based on income levels were spent illegally as the payments were never properly appropriated.  An estimated 56% of ACA participants received these benefits as of June 15, 2015.

The case, brought forth by the House Republicans, argued that spending the money without the approval of Congress is unconstitutional.  Judge Collyer found in favor of the argument pending an appeals court decision.  This delays the effective date of the ruling until an appeals court hears the case and either upholds or denies her decision.  This process could take up to two years before it reaches the Supreme Court, and with the upcoming election amongst other variables it is possible the ruling will never effect the program.

If the decision is upheld and the government no longer provides cost-sharing credits, a few different scenarios come into play.  Insurance companies could hike their premiums which could effect the taxpayer credit system or they could have grounds to take the government to court to seek relief money.  Congress could also become responsible for appropriating cost-sharing dollars which would be difficult as new rates are established by insurance companies each year.  Concerns have been raised that furthering the appropriations legislation will ultimately cost the government more money in adhering to red tape than making the payments themselves.  It is speculated that even though some see this as a win towards debunking the ACA, it will not be enough to kill the program entirely.