Aetna to Completely Pull Out of ACA by 2018 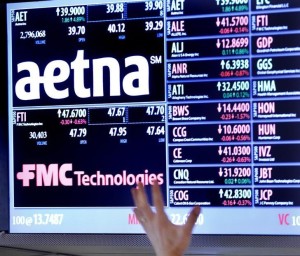 Health insurance company Aetna announced it will completely withdraw from the ObamaCare (ACA) marketplace in 2018.  After pulling out of several states last year, Aetna has made the decision to pull out of the two remaining states, Delaware and Nebraska.  Aetna has now "completely exited the exchanges," the company said in an emailed statement.

With the Republicans in the U.S. House of Representatives vote to undo the Affordable Care Act, often called Obamacare, the future of individual health insurance market is still in limbo. Even if the Republicans' bill- known as the American Health Care Act -is passed by the Senate it would not solve a critical outstanding issue for insurers looking at 2018.

Following a loss of $700 million for 2014 through 2016, Aetna projected around $225 million in losses from its exchange plan businesses this year. "Marketplace structural issues, that have led to co-op failures and carrier exits, and subsequent risk pool deterioration," have said to attributed to the losses.  Only time will tell what the future holds.